Amper is a music-composing AI for next generation music! Amper is a music-composing AI for next generation music!

I have always wanted to hear the sound of a music composition by a computer system, so a New York based startup has created an AI that has the ability to make original music demanded by listeners.

The makers of the music-composing AI

According to Drew Silverstein who described his latest invention as “an emotive AI composer, performer, and producer” primarily designed for collaborating ideas with humans and come up with more creative compositions.

How to use Amper?

Besides, users can interact with Amper through its simple, yet interactive UI, which can be handled by anyone. Even people with zero knowledge about music composition can also use it.

Through the selection of multiple genres subsequently, the Amper can compose music of any lengths ranging from 10 seconds to prolong hours. Moreover, the composed song can be turned more soothing by adding or removing instrumental sounds.

Future plans of the startup

Silverstein believes that Amper will never be able to replace human composers; however, it has the potential to give birth to next-gen music. Most importantly, the AI is completely free from copyright restrictions. 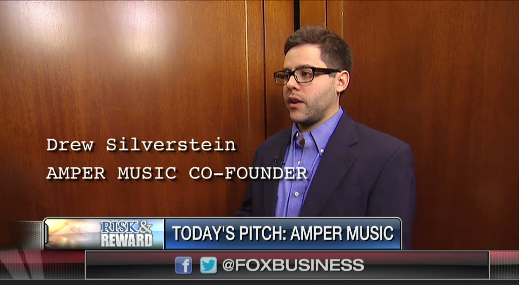 Amper, the AI music composer is used by Hearst Television and Associated Press right now. With time, anyone will be able to use its service by paying subscription fees; however, the related costs still remain a mystery. The service is likely going to utilize pay-as-you-go model.

For more information on Amper, stay with TTN and feel free to comment your thoughts underneath.