Tesla has been smashing a lot of EV car records lately in 2017 and a couple of those records were recently broken in style by a team of Italians. Tesla Owners Club Italia drove their Model S P100D 1,078km (669.8 miles) on one charge, setting a new long-distance record (the previous was ‘just’ 901.2km) and becoming the first to drive a production EV more than 1,000km before plugging in. It is a symbolic victory as to make this distance the Italians had to make some major sacrifices. 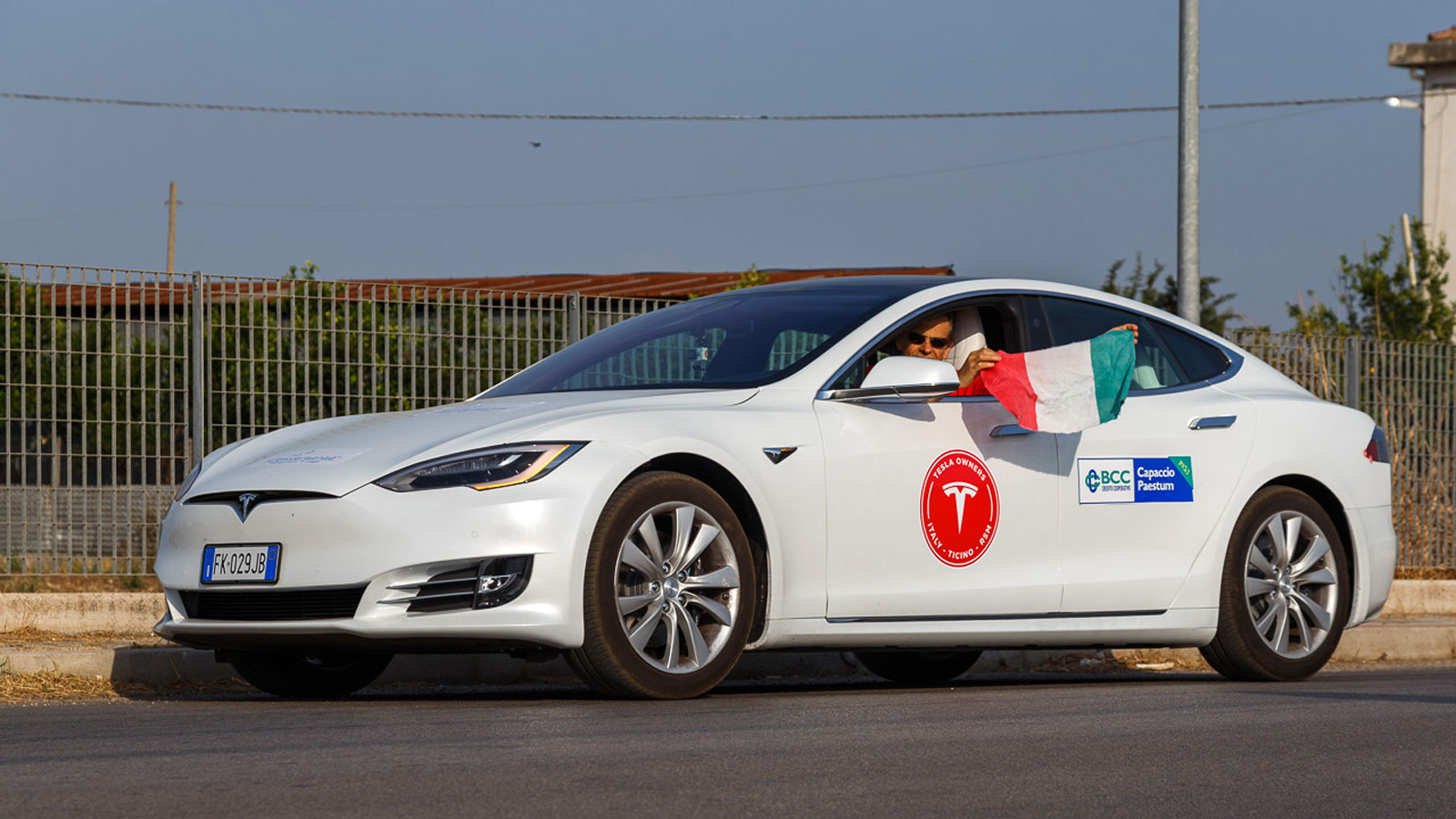 They had to emulate the previous record breakers to achieve this feat. The team of Italians had to optimize their driving behavior (Hypermile) to keep the Tesla Model P100D running as long as possible. The air conditioning had to be turned off and they drove around Salerno at a snail’s pace of 40km/h (24.9MPH) with low rolling resistance tires. To get the most out of the battery they had to emphasize on smooth driving techniques such as the use of Autopilot. If you want to reach somewhere fast this is not the best way cause it took 29 hours to complete the task.

This record breaking cannot be implemented in real life scenarios and that’s why Tesla officially rates the P100D’s range at less than half this figure for a good reason. But this feat is achievable shows the ingenuity of Tesla and paints a bright future for EV cars.

So are you excited about the future of EV cars? Let us know in the comment below.