Netflix has slowly but steadily over the last few years rolled out a series of price increases for its streaming service. It announced a split between its streaming and disc service to create “Qwikster”  back in 2011 and it was a disaster and after that incident, Netflix has been more sensitive to potential backlash. Without changing the price on current plans, the companies next step could be to launch a new higher price option. An “Ultra” tier has shown up for some users in Europe with a maximum price in Euros of 16.99 to 19.99, above the current “Premium” tier that is 13.99 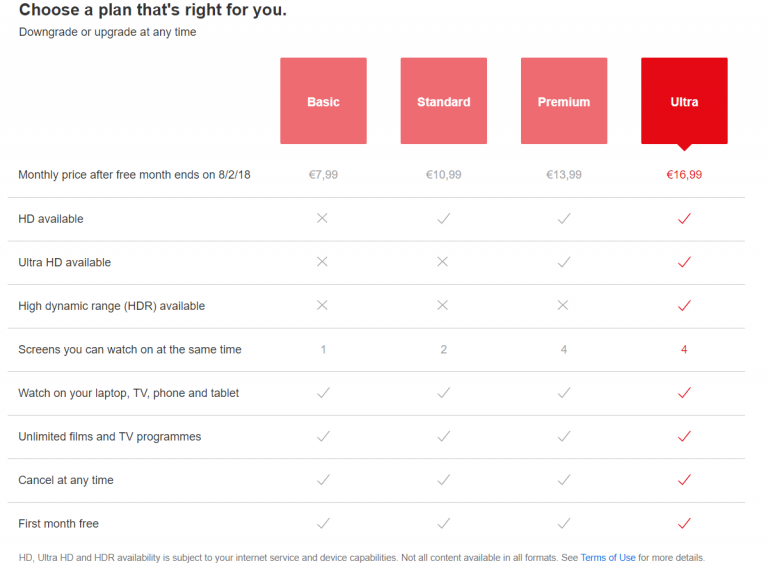 For some people, the offer left all other plans the same, while for others, it reduced the Premium plan’s streaming to a maximum of two devices at once and removed the option for HDR, while dropping the Standard HD-only plan to a single stream. The new Ultra tier consistently offered 4K with HDR and a maximum of four streams.