The rapid development and frequent “birthing”‌ of technological breakthroughs have reached virtually every area of life on this planet (and even enabled travel outside of it). Some fields have barely changed, while others have undergone a dramatic transformation. One of the industries that has undoubtedly been dramatically impacted by technology is sports. In this post, we focus on the advancements that take watching sports to the next level. Back in 2016, FOX Sports signed a five-year deal with Virtual Reality company, NextVR to provide an elevated viewing experience with the help of VR tech – a technology that is still going strong these days and has a plethora of uses.

The debut of the VR viewing experience happened at the Daytona 500, which was streamed live in VR, providing viewers with 180-degree views of the race at the start/finish line, in the middle of the track, and at the pit stops. Before announcing the deal, FOX Sports and NextVR had already partnered to show the Premier Boxing Championship (PBC) in VR.

NextVT‌ has been involved in the sports scene for years now, partnering with several Major leagues. Back in 2016, the company presented highlight reels from three football games and was one of the exhibitors during the Super Bowl’s NFL Experience convention. The following year, the company and football league also partnered for after-game highlights from five matches. More recently, NextVR‌ and NBA announced a live VR game schedule for season 2019-2020. The two parties have been partnering for years, and the NBA was among the pioneering sports leagues to adopt VR.

The MLB recently announced that it has entered into a partnership with Japanese telecommunications company, NTT‌ (Nippon Telegraph and Telephone Corporation). The tech entity will provide baseball fans with their breakthrough Ultra Reality Viewing technology, “which takes multiple 4K camera images and combines them into a super-wide image, broadcasting super-HD surround video and sound in a way that can’t be captured by normal cameras”.In other words, the URV‌ utilizes high-def cameras to broadcast images that make spectators feel like they are watching baesball game at the stadium. The Ultra Reality Viewing experience is expected to debut during an upcoming playoff game.

There’s no word yet as to whether the technology will be made available for the World Series, finals which are expected to be quite exciting considering the close odds that sportsbooks have given the top two contenders for winning the League.

The enormous NTT‌ is among the world’s leaders in the field of telecommunication technologies and data. The company has numerous high-value partnerships across the globe in a range of areas, including sports.‌ One the more notable and recent involvements of NTT‌ in the sports world came in January this year, when the corporation got involved in the IndyCar Series – since rebranded as the NTT IndyCar Series. The tech firm provides IndyCar fans with a range of tech solutions for enhanced fan experience. 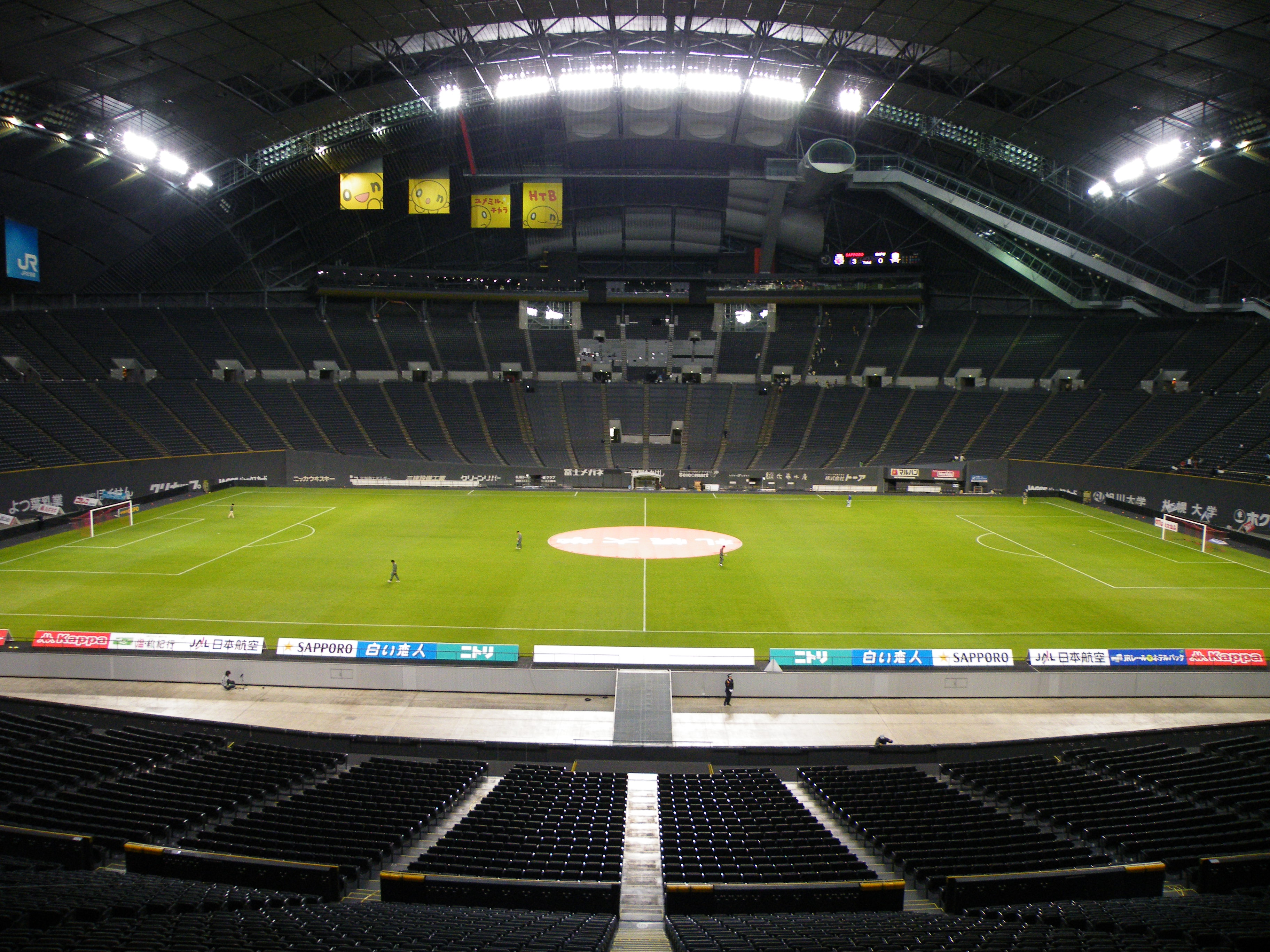 While we are on the subject of baseball and Japan, it’s only logical to discuss the multi-purpose Japanese sports arena, Sapporo Dome. As far as multi-purpose convertible sports arenas go, the Dome is a technological marvel. As the name suggests it’s a roofed stadium, but what’s impressive is its adaptability for a range of sports. For most of the time, the venue hosts baseball and soccer games and was the host for three 2002 FIFA World Cup matches. Next year, it will act as the host venue for the soccer games during the upcoming Summer Olympics. Most recently, the Dome hosted two games for the 2019 Rugby World Cup.

For baseball games, the arena uses an artificial pitch with the seats arranged in a diamond shape that adapt to the pitch’s form for best viewing experience. Things get interesting when it comes time for soccer or rugby. In a process that takes eight hours, the baseball pitch is rolled, carried out, and replaced with a real grass pitch. What’s more, when not in use the grass field is grown outside under the sun. The seating area, too, is transformable;  taking various shapes to maximize viewing depending on the event. And if that’s not impressive enough, the Sapporo Dome has even twice hosted car rallies. Yes, with real automobiles. Perhaps the most recognizable technological breakthrough in sports is the boom of live streaming services. Of course, live broadcast has been around for decades via radio and TV programs, and later on on the web. But for a long time, internet streams didn’t actually offer much more excitement compared with, say, watching a game on the telly. In fact, the main selling point live streaming on the web was the ability to watch sports on the go. However, now that we’ve entered the era of streaming, both live and on-demand, sites like Netflix play a pivotal role in how viewers consume entertainment content. YouTube and Facebook are just a few examples of tech giants that have entered the world of sports, taking advantage of their billions-strong user base.

What makes web streaming superior to traditional TV is the availability of rich information and stats, which are accessible on demand. Be it out of curiosity or to make more informed decisions when wagering on sports, having access to a sports-stats encyclopedia at the click of a mouse is invaluable for fans, both casual and “seasoned.”

For example, the NFL‌ serves this need with its Next Gen Stats platform, which uses machine learning and other tech advancements to provide a “mindblowing” amount and variety of data, including real-time stats. Amazon will now offer its Prime Video members this exact data, after freshly announcing that it is taking its partnership with the NFL Next Gen Data to the next level. The access to data will happen through Prime’s X-Ray feature and will allow live stats to be viewed during Thursday Night Football (TNF) games. Speaking of the latter, in another piece of fresh news, FOX Sports announced that it will stream TNF in 4k HDR, beginning with the Packers-Eagles face-off.